Silvrback provides you plan options that work with your writing goals, short term or long.

Subscription transactions are secured through Stripe, Paypal and Coinbase. We don’t hold your financial data on Silvrback.

In the past year, there has been a lot of discussion about the lack of female programmers working in Silicon Valley (and most everywhere). There is almost a panic in some quarters about this ‘problem’. A similar discussion is taking place in nearly every STEM area or discipline.

Frankly, it resurfaces every year or two, and has for a decade or more. The point of this article is not to pretend to solve the issue. I don’t know the answer. I will attempt to summarize some of the key points of the discussion as to the ‘why’, but my real aim is to determine if there is a difference in blogging- platform requirements or expectations between female programmers and male ones.

To start with, my research on the topic led me to one writer who wrote a thoughtful and insightful piece on the topic. Hema Manickavasagam, a female programmer, wrote a piece on Quora that I think probably sums up most of the wherefores and whys of the difference in experience of most female programmers from their male counterparts. She wrote it in 2010, which gives you a clue that the topic is not in any way new. I encourage you to read it here.

So, here’s my list of four. Yes, I’m going make all things fit into four, regardless of whether it does or not.

Yep, I think there is little doubt that there is a differential attractiveness to the nerd or geek image that characterizes programming and programmers. This is not a positive image for most females, as a general rule. It affects not only the relative attractiveness of programming or computer science as a suitable career, but the underlying skills acquired to succeed in the area also shows itself in the bemoaning of many at the lack of females in nearly every STEM area of study.

If some 90% of the programmer population are male, I’m guessing that there is a pretty good bet the culture tends to support more male attitudes, values and orientation than female. I’d guess it is quite similar to the gamer culture where aggressive, short-term task execution are key satisfiers. Task or problem focused over concept or softer social values may be the oxygen often lacking in such environments for many female programmers. This to me seems to be a central issue. Give me a little more rope here in order to develop this.

Hema stated that she quickly found that “the being high -5ed for debugging something” was soon not such a big thrill.

“Most of the exceptional male programmers I know are motivated by completely different things than the female programmers I know. Women tend to look at programming as a way to solve a certain problem - if the problem is interesting, they will work to get it done. Men, while being motivated by the problem also seem to enjoy the mechanics of how the program works. They are just as excited about additional L1 cache, a 13% performance/memory improvement or the number of pipelines in the latest graphics processor than women are.

To understand this, look at the most successful startups started by women and the ones started by men.

I have put together and pulled apart every bit of a computer at least a thousand times, at work. But I did not really go and buy parts to put together a PC at home. I bought a Macbook :P”

a) Is there something telling in the statement “I bought a Macbook.”

b) I wonder if part of the difference is about what programming means to the female programmer versus her male counterparts. Is it a more of a job for the female and an identity to most males?

I found it interesting that in a survey done of male and female learners in a programming course offered at freecodecamp.org, it was reported that male code-learners in the sample overwhelmingly preferred Windows OS while the female programmers opted for Mac.

How am I connecting this to culture? Culture is about the values, beliefs and actions that define normative behavior in a group. It informs us as to who we are and how we are in the group.

I speculate there may be a broader aesthetic yearning that draws females to seek more than the technical problem at hand which is the programming task. Perhaps it is that the female coder is searching for some broader personal meaning in what she’s doing, at least relative to her typical male colleague. That while programming may be interesting and fulfilling to her in real and meaningful ways, it is insufficient.

I follow this speculation with one more observation from our Silvrback Instagram account. One of my colleagues (a female designer and social media expert) made the point to me during one of our discussions about our social media presence, that female coders on Instagram were a higher proportion of our coder-followers than on Twitter, which is clearly the male programmer’s preferred hangout.

Further, she observed that the female coders on Instagram were very much into image – a presentation of their coder self as cool, competent and, how shall I say, feminine while technical. There was fashion, style and careful poses in their image posts. The aesthetic is evident.

I’m not sure where I’m going here, but this string of tidbits seems to reveal something relevant.

This is a common complaint – a lack of career mentoring. And in particular, the lack of female mentors. Let’s say, it’s complicated. One male team leader posted on Quora that he felt a certain awkwardness in building relationships with a female team members versus male members. He observed that he had no problem inviting a male member out one-on- one for a beer after work and talking shop. But he was cognizant of the potential misinterpretations of doing the same with a female member. Female coders noted that it was harder to access a mentor as well, perhaps reflecting the same ‘awkwardness’ in finding the right career-supporting relationships.

I suspect it was awkward on more than simply a public perception level.

Oh, one more thing here. Hema stated that she felt that female programmers came into jobs under the assumption that they are not competent. Let her tell it:

“Let's say you get an intern for the summer. If it's a male programmer, the default assumption always is he is a good programmer and would be fine with setting up his own machine, RAID, whatnot. But a female programmer has to prove she can do each thing, before someone will accept that she can. This probably means, you will not get a "harder" problem to solve at the very beginning of your career.”

In sum, female programmers will more likely have to demonstrate competence more often, whereas their male counterparts will be assumed competent. Work will be partialed out accordingly, especially early in the career.

One writer noted that it seems that many competent female programmers are moved out of programming due to the fact their skills in dealing with people were more valuable in working across individuals and groups to accomplish projects.

More than one female noted that managers soon find that the team member with the best social skills or orientation to manage processes or projects were female and with that, there was some pressure to ‘move them out’ of programming into other areas, such as project or product management. One female related how she early on became the go to person to take along on sales calls with customers because she brought the technical talk and the social skills to relate to customers and their needs. Soon she wasn’t programming at all.

A male developer posited that most of his male ‘geeks’ didn’t think they had other options other than their ‘geekie’ career path, while he perceived that female colleagues didn’t seem to view themselves this way. Sort of fits in with our earlier discussion on culture in point 2.

So, what does all this have to say about female programmers and blogging platform choices. When I contacted one of our female programmers, Marnee , about what she liked about Silvrback, her response sounded like any other programmer’s requirements .

The short answer then is that they will appreciate Markdown, code highlighting, and the other advanced tools we offer to present their work.

On the other hand, we have had discussions about whether we could do better with the more lifestyle- oriented female programmers, who seem to be much more in tune with image, and the aesthetic aspect of their online presence. Much more of a picture blog, which isn’t really the focus of Silvrback.

Then there is the question as to how you bring this glitz within the rugged and reliable, but minimalist platform we offer. At this time, we don’t see that happening.

The end result is that tech bloggers who want to write, display code and technical data will find Silvrback just what they’re looking for. For image or video bloggers, we’re not the best option out there.

Programmers, male or female, we got what you want – I think.


Happy code is a code that works, 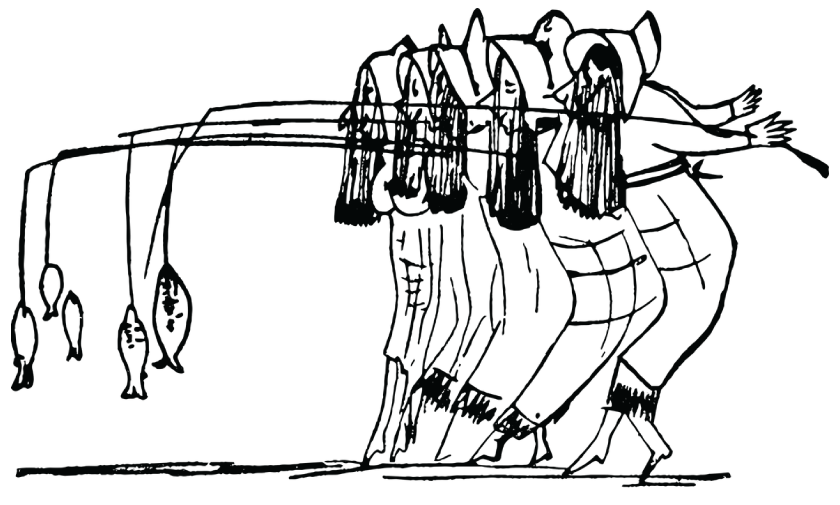